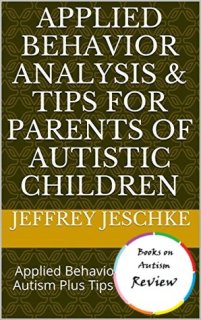 I have heard about people using the Kindle marketplace to copy and paste information from other places (such as Wikipedia) and putting them together to make masses of really short books in order to make money. I am not certain this is what this book is but based on the huge range of books the author has on Amazon I am inclined to think it is the case.

Which probably explains why the book is so poor. It reads as though it has been copied and pasted, jumping about with no structure and generally being very poorly edited. Though given the sheer number of grammatical errors in the book, it’s difficult to think of where the information was copied and pasted from. Perhaps it was simply poorly summarised from somewhere like Wikipedia.

The book kind of explains what ABA is but certainly not to the extent where it could reasonably claim to be providing tips for parents – often the few points are repeated in a slightly reworded way. Then at the end, it shifts away from ABA and onto the self-care of the parents. The book is only 13 pages long so it isn’t as if I expected anything spectacular from it so it’s quite an achievement that it’s worse than I expected.

Not even a little bit.

Plain curiosity might be enough if you have a Kindle Unlimited because then you get it for free. Certainly not worth the £0.99 otherwise.