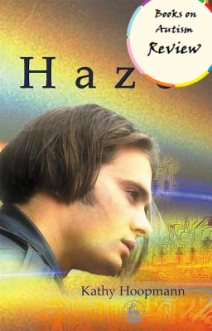 A short novel about a young man, Seb, and a selection of his classmates. Domestic abuse, mental health and bullying are just a few of the more difficult topics which are covered in this book, aimed primarily at younger adolescents.

Seb doesn’t have a great time at school in this book. In an experience that will be all to familiar to many autistic people, Seb struggles with the incredibly confusing and at times cruel nature of secondary school. This experience is made all the more complex by his undiagnosed Aspergers Syndrome. With only one real friend, Guzzle, who’s going through his own difficulties dealing with a step-father who regularly abuses Guzzle’s mum and a burgeoning substance abuse problem, Seb is targeted by the bullies in his school and ignored by most of the rest of them.

Seb followed the same ritual every morning. Woke with the alarm at 6.30. Lay in bed until 6.34. Showered, dressed and had breakfast by 6.59. That was important. It all had to be done by then. If he was even one minute late then the rest of the day was unbearable. Tilted. Out of focus.

The arrival of a new IT teacher sets into motion a whole load of changes and when Seb stands up to one of the class bullies when she harasses a girl in his class, Seb finds himself getting involved with a group of people he might eventually consider friends.

The topics this book touches on can be quite dark. Asides from Seb’s bullying and the domestic abuse in Guzzle’s family, there’s also scenes of child abuse where one of the students is emotionally and psychologically abused and neglected by her mother. In fact, the amount of things this book tries to cover is probably its downfall. We never really get to properly meet any of the characters because trying to give all of them a backstory and depth amongst all of these quite deep and dark topics falls apart. It leaves some of the characters feeling quite flimsy and under-developed, especially those who aren’t experiencing abuse or bullying, and as the books draws to a close there’s a rush to tidy up all the loose ends into a nice neat close.

Mrs Taylor blew her nose on a tissue. “I’m not exactly sure. Apparently he was walking along hitting the walls. He does that at home all the time…thumps things…seems to need it. I’ve tried to stop him. I bough him a punching bag and even strapped a mattress up once, but he never used them. He likes hard things. Cupboards, walls.” She glanced at the crockery stand. “No Thumping Zone,” was taped across the glass. “Anyway they said he hit a couple of kids and then smashed a window with his bare fist.”

In amongst all of the above, there’s a hacking storyline running through the book. Of course, as is far too frequent in books about autism – the autistic character is a genius on computers. So there’s an additional thread of story that has to tie into that and that is weaved into one of the other character’s storylines in a way that’s a bit too twee and convenient. The romance storyline is quite bland and uninspiring in many ways and could easily have been pulled from the book altogether – especially as there’s no indication really of a growing romance which makes certain scenes seem a bit clumsy. There’s also the over-reliance on the cliches of autism, including pulling out the post-humous diagnoses of people like Einstein that get waved around far too often in fiction.

It is kind of a shame really because the book certainly had a lot of potential – you could see the way that characters could grow into people that readers might want to follow into a short series. Plus, more fictional books which discuss the more difficult topics like abuse are a good thing – even if they can be difficult to read. The difficult topics are dealt with well in these books, they’re not sugar-coated but there’s no sense of it being done for shock-value, it feels real within the lives of these characters. It’s certainly not a bad book, just an under-developed one that has been “stretched a bit too thin”.