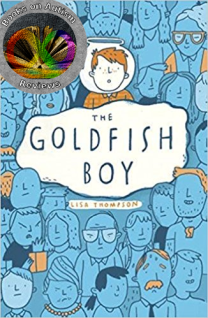 Every so often I read a book that hits me hard because there’s something about it that is personally familiar, and I wasn’t expecting it. This is one of those books.

The Goldfish Boy follows the story of Matty, a teenager with OCD, who becomes embroiled in trying to solve a kidnapping in his neighbourhood.

There will be significant spoilers in this review.

Before the events in this book, Matty had been struggling with OCD in private, and by the opening page, he is practically housebound. With parents who don’t necessarily understand him or his needs and struggling to understand himself, Matty finds solace in making detailed observations of his neighbourhood. It’s these observations that lead him to see his neighbour’s grandson in the final moments before he goes missing.

The bulk of the story follows Matty’s battle to try and solve the kidnapping (or at least contribute to the search for the boy) while still trying to manage his OCD – no easy task since he doesn’t even know why he is doing what he is doing for a significant chunk of the book. His parents fight over how to work best with him, his neighbours find his behaviour bizarre, and children who were once his friends can’t work out how to interact with Matty now.

The trigger for Matty’s OCD is what struck hard for me when I was reading this book, although the events in my own life resulted in depression and anxiety rather than OCD. Major spoilers are to follow.

The trigger for Matty’s OCD is because he caught chicken pox while his mother was pregnant with his little brother. Shortly after his mother lost the baby and Matty was certain that he – and the chicken pox he caught – had killed his little brother. So began his rituals and compulsions to keep everything clean so that he couldn’t harm anyone else. The full story, which Matty doesn’t learn until the end of the book, reveals that the chicken pox may have had nothing to do with it at all. This turn of events happened to me, except I didn’t have an ending where I learnt that actually chicken pox didn’t play a role. Unable to process that level of guilt and grief (guilt which even now I know is illogical I still can’t quite process) left me with significant mental health problems throughout my childhood and teenage years. Reading the backstory of Matty’s mental health on paper was surreal, and I had to stop reading the book for a while because it figuratively gnawed at me.

Which ultimately means that reviewing this book is very difficult for me because that one part of the story overshadowed everything else in my memory.

Other reviewers have suggested that Matty has less a personality than a descriptor of OCD symptoms, but I find this a bit unfair – we are introduced to Matty when his OCD is almost entirely controlling his life and so the fact that we see snippets of Matty’s personality but that he is so often overwhelmed by his compulsions and how OCD is impacting his life feels genuine. I think the book also does a fairly solid job of showing how mental health difficulties are often still missed or misunderstood in children and young teenagers.

The kidnapping storyline that goes alongside it – I must admit – isn’t as detailed as I would have wanted and so this leaves some sections not making as much sense as I would have hoped for (for example the grand finale solving the kidnapping seemed off somehow), but it is a reasonable and twisty little journey through snippets of the lives of Matty’s neighbours as they intersect with Matty and his investigation. This is not a book that is engaging purely for its central plot and considering it seems to be at least partially a fictional means of educating about OCD, I found that was okay – Matty was the real central plot, and the kidnapping was almost just a device to explore Matty’s world.

I will probably have to go back to this book in the future to reread as I feel like the shock of realising that I shared a significant life event with a plot point in this book may have distracted me from more of this novel than I thought. 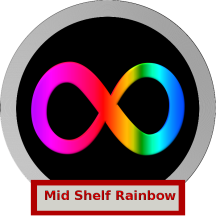