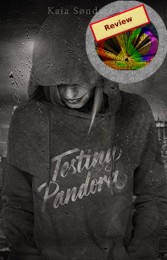 Xandri Corelel has spent her life struggling and fighting just to survive on the streets of Wraith. Neurodivergences were (almost completely) wiped out of existence by genetic manipulation centuries ago, and autistic Xandri has been made to feel like she didn’t belong anywhere until she meets Captain Chui.

The prequel to ‘Failure to Communicate’ gives readers the origin of Xandri’s life on the starship Carpathia.

Xandri was scamming people in a gambling den in Wraith when Captain Chui Shan Fung de-escalated a potentially dangerous situation for her and offered her an opportunity to prove herself, put her skills to good use and find somewhere she might finally belong. It doesn’t take long for Xandri to make her decision. There’s nothing but more struggling and fighting left for her on Wraith, and so she takes to the stars.

Testing Pandora follows Xandri’s tumultuous introduction to the ship and crew, and her first mission – to bring the Psittacans on board as part of the Alliance. If Xandri’s successful, she will earn herself a permanent place as the Carpathia’s head of Xeno-liaisons, and if she fails then she’s back to uncertainty. Not everyone wants her to succeed, and Xandri isn’t even sure that she can, despite the skills she has developed in reading the body language of other species she has never managed to accurately ‘read’ other humans.

I often have difficulty getting into science fiction. Whether it’s the way I process information or something else, I often find myself struggling to stay engaged. This is particularly so when a lot of technical information is delivered, lots of “made-up” words are used, or there are large casts of characters. Testing Pandora (and the rest of the Xandri Corelel series) is very accessible for me. There is technical information about systems and starships, there are sayings and phrases which are specific to different species and different planets, and there are many characters from many different sentient species, but the delivery of this is woven so well into the storyline and dialogue that I could absorb it and keep up.

The sentient species both on board the Carpathia and on the planet they visit were distinct and well-written. Sønderby is creative in the appearance and culture of the different species within her novels and makes sure that their customs and cultures are detailed, and each has their own unique voice. The Psittacans in this book are a bird-like species, who have their own language and their own phrases that they use to describe the humans, and their distinctness was never lost. You didn’t feel like you were just reading more human characters.

The story is well paced, and the action contrasting against the more dialogue-heavy scenes where a lot of the character development takes place is of a good balance. There is a sense of risk and consequence in many of the scenes – whether that is the risk of harm or risk of failure on Xandri’s task, which could lead to her dismissal from the crew, or personal risk to Xandri and the secrets she holds onto so tightly.

Sønderby takes current events involving autism and uses them as part of the background and history for life within the series. Xandri’s conception can be seen reflected in present day discussions about prenatal screening and genetic engineering.  In Xandri’s world, neurodivergences and other disabilities were wiped out of existence completely until it became a ‘fad’ amongst humans to go back to the natural way of having children. Then, as soon as it became clear that children were being born with disabilities again, it was made illegal to have children completely naturally. It was during this time in the middle that Xandri was born and she, and others like her, were termed Pandoras, after the myth of Pandora’s box (or jar).

Sønderby also plays with some of the stereotypes of autism with Xandri’s character. While Xandri finds it almost impossible to read the body language and intentions of other humans, her deep focus and self-taught skills in learning the body language of other species makes her a skilled and sensitive negotiator and is the very reason Captain Chui tracked her down in the first place.

Sensory processing differences are part of Xandri’s natural reactions to situations, such as when another player in a game of Kachik screams and prompts this reaction from Xandri:

I shrank in my chair, flinching away from that sound, which seemed so loud and so sharp, piercing down through my flesh and straight into my bones.

Xandri’s struggles to find her place among the crew, some of whom accept her straight away and some of whom are openly disapproving of her placement within the team, come across as genuine and relatable, even if they aren’t the same as my difficulties. As this is a Novella, more exploration of the autistic rep takes place in the full-length novels – Failure to Communicate, and Tone of Voice, but Testing Pandora sets a solid foundation. 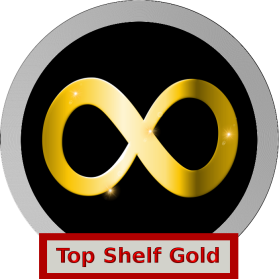 An excellent introduction to the Xandri Corelel series and to the characters which take centre stage. There was so much in this book that I honestly forgot that it was a Novella, and yet at the same time it felt perfectly paced. Top Shelf Rating, Gold.